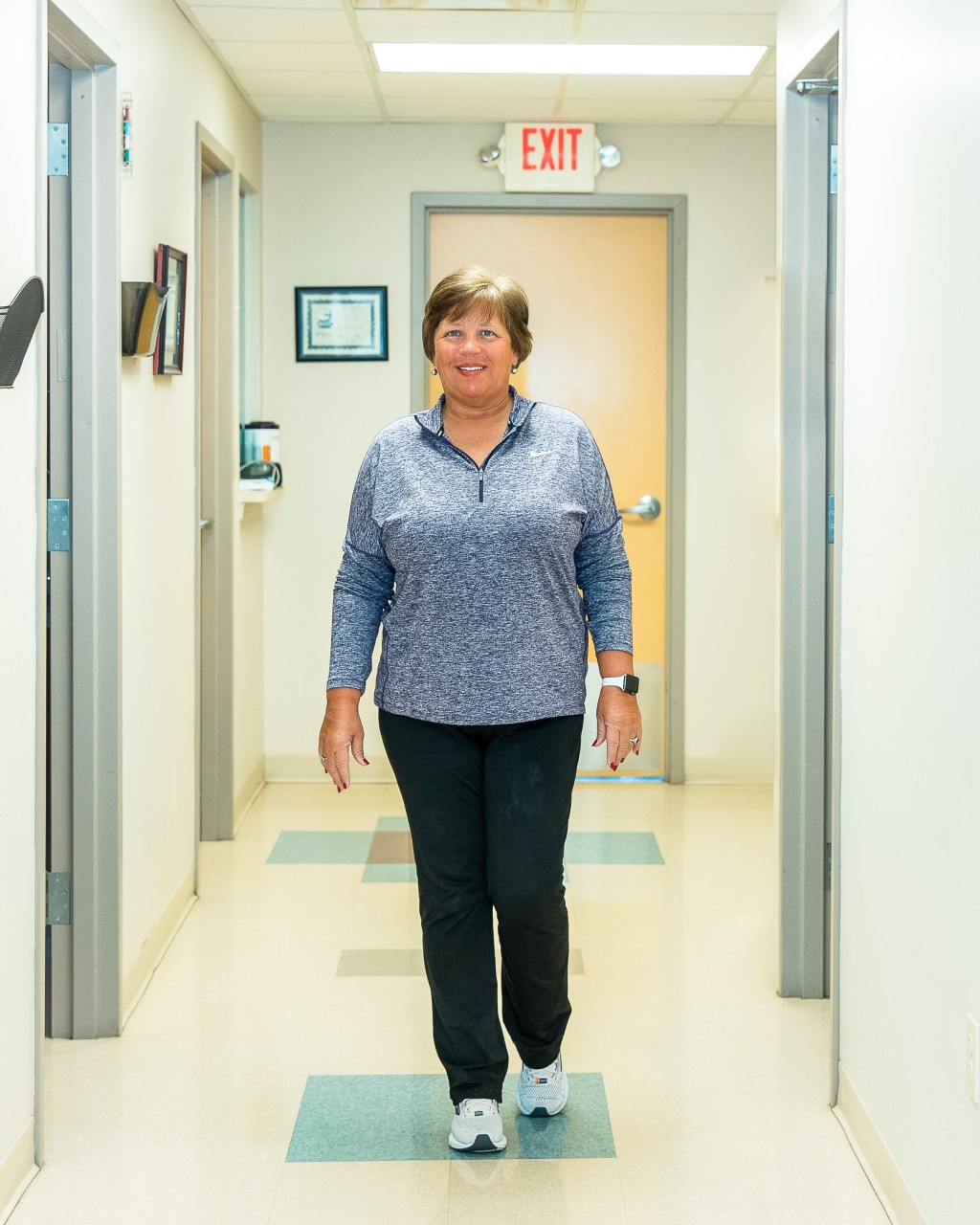 At just 58 years old, Ethel “Missie” Mills never expected she would need a hip replacement. But after years of constant hip pain and interventions that did not seem to help, Missie decided she had enough and sought other options. Luckily, her life-changing surgery took place right here in Lebanon at Spring View Hospital.

While Missie was not born in Lebanon, she has lived here most of her life after her family moved to Marion County when she was seven years old. After long careers in banking and with Central Kentucky Community Action Council, Missie became the new owner of Cottage Floral in January 2013. Shortly after, her daughter Michelle Hatchett opened her business, Sew Irresistible—in the same building.

“We have thoroughly enjoyed being and working together,” stated Missie.

Even though Missie has a great team with her daughter and other employees, her persistent hip pain created daily challenges at work.

“My walking, sitting, climbing, and sleeping were all affected by my hip’s condition. I actually had a limp for over a year.” Simple tasks like walking and getting in and out of a vehicle were very painful for Missie. In 2019, Missie started to get pain injections in her hip under the advisement of her previous orthopedist. After two years of injections, her hip pain was still present, so her orthopedist decided Missie needed to discontinue them because they were not effective in her case.

For another year, Missie endured her intense hip pain. She began thinking she would never be independent again because her pain required so much help from others. In July 2021, she visited her primary care physician (PCP) for other options and her PCP ordered an MRI of her hip to evaluate further.

“The MRI brought everything to light!”

Missie’s MRI showed she had hip deterioration. Hip deterioration, or hip arthritis, occurs in the cartilage of the hip joint. Symptoms of hip arthritis include pain, stiffness, and swelling of the joint, as well as limited range of motion—all symptoms Missie had experienced for years. After reviewing her MRI results, Missie’s PCP referred her to Dr. Shane Kibbe at Orthopedics and Sports Medicine of Spring View.

“I had my first appointment with [Dr. Kibbe] on October 12, 2021, and we discussed the options of surgery. Dr. Kibbe performed an x-ray of my hip in the office and told me I was a candidate for the Anterior Hip Replacement,” stated Missie.

According to Dr. Kibbe, an anterior hip replacement (also called a total hip arthroplasty) is a procedure consisting of both sides of the hip joint, the acetabulum and the femoral head, being replaced with prosthetic components.  With anterior hip replacement, a small incision is made near the front of the hip to allow for removal of any damaged bone or cartilage.  Because of the location of the incision, the surgeon then implants an artificial hip with minimal adverse effect to the surrounding muscle and tendons.  Although not everyone is a candidate, this approach often allows for faster recovery times for many patients, less blood loss, less recovery pain, and a shorter hospital stay.

Dr. Kibbe also looks for specific qualities in a patient when considering them a candidate for an anterior hip replacement. “Ideally, the patient is healthy with limited other comorbidities and they have assistance at home to help during the recovery process. The patient needs to also be motivated to put in effort when participating in physical therapy, which will help them recover quickly.” Luckily, Missie was the perfect candidate for the anterior method.

While the thought of replacing her hip and saying goodbye to her life of pain was exciting, Missie had other things to consider—her business and customers. “The Christmas season was upon us in my store so [having hip surgery] was not an option.” Missie scheduled her hip replacement for January 2022 when the holiday season closed, but her hip pain continued to get worse.

Missie scheduled an appointment with Dr. Kibbe for December 7, 2021. Missie knew she couldn’t endure much more of her hip pain, and she was scheduled to go on a cruise with a group of seven girlfriends in mid-February. With her level of pain, Missie knew she wouldn’t be able to keep up with her group and did not want to be miserable on her vacation, so she took a leap of faith and scheduled her Anterior Hip Replacement on December 28, 2021.

Missie arrived at Spring View Hospital the morning of her surgery at 6:30am. After surgery, she was moved to a private room on the Medical-Surgical Unit around 11:00am so she could have one round of physical therapy before being discharged. Two hours post-operation, Missie’s physical therapist had her up and walking down the hallway. By 3:00pm, Missie was discharged and headed home with her new hip. Missie exclaimed “it was amazing!”

The next day, Missie began outpatient physical therapy at Spring View Hospital. While she was ecstatic to have her new hip, her first therapy visit was challenging, but she knew this part of the healing process would be worth it. “The therapist had me in tears that first day, but I also left with tears in my eyes on my last day after five weeks [of therapy] because I felt fantastic!”

Road to Recovery and Relaxation

Like any major joint replacement surgery, physical therapy is key to ensure proper healing. Missie had physical therapy three days per week for five weeks, using a walker for assistance during her first two weeks, then advancing to a cane with Dr. Kibbe’s permission at her first follow-up appointment. After using the cane off-and-on for three weeks, Missie no longer needed any walking assistance by her sixth week.

Furthermore, her physical therapy progress was going so well that she returned to work exactly two weeks after her surgery.  “I worked for two hours [on my first day] and was able to drive myself to my two-week post-operation appointment with Dr. Kibbe.” Each day, Missie returned to work in two-to-three-hour increments, slowly increasing her time each day, until she was working six hours daily during week four and full-time hours in week five.

Six weeks post-operation, Missie went on her cruise and experienced no problems with her hip. At one point on her trip, she became emotional. “I was sitting in a show and looked down to see that I had crossed my legs. I did not remember doing that and was almost in tears because it is something that I had not been able to do for about two years.”

It has now been just over three months since Missie had her Anterior Hip Replacement. She has graduated from physical therapy and was fully released to resume all normal activity by Dr. Kibbe. Missie is emotional talking about her journey because her hip replacement has allowed her to do the things she thought she might never be able to do again.  She encourages anyone who may be experiencing the same type of pain and hip issues to explore their options and get back to the things they love.

“I would highly recommend Dr. Kibbe to anyone needing treatment. We are so fortunate to have him at Spring View Hospital,” stated Missie.